I recently read a few reviews that were positive but suggested that my new album "American Boy / American Girl" was inspired by the Occupy movement.  Well, I feel a strong urge to clarify.  ABAG was already recorded and DONE before occupy ever happened and weeks before I even knew occupy was going on.  "I See a Flag" was written in the summer of 2010!  ABAG was already completely recorded in SEP of 2011.  It took months to find a record label to master it and put it out, or else it would have been out in October or November.I WISH I could be so easily influenced. Then maybe I could fit in with the rest of the world.  I hope to someday have the financial means to write a few songs and then immediately record them and put it out.
My songwriting on that record was over the course of the previous YEARS.  It comes from the mist.  From the ether.   It may seem influenced by the Sep/October movement because that was and is the truth for a lot of people.  And P.S.  If it's too political, your not political enough.
Posted by Bryan Mcpherson at 6:51 PM No comments:

"American Boy / American Girl" dropped on Tuesday April 17th. It has been VERY well received by fans and friends.  Here are some of the reviews I pulled from iTunes. http://itunes.apple.com/us/album/american-boy-american-girl/id518893251

Customer Reviews
No more flying under the radar by nyhc_bill
Where to begin? Not my typical choice in music, but maybe that's just it. Great music can't be defined or placed in a category. The songs vary widely but all have the same masterpiece feel and a voice like no one elses. Bryan's voice couldn't be more recognizable and the heart and soul that the listener can feel is like no other. Words simply can't do this album justice...buy it this second and be glad you can say you knew who this guy was way back when before he was a mega star ...

Folk Music for the 21st Century by M. Ringo
Over the last few years there has been a group of current and former punk rock musicians trying their hand at alt. country or folk music. Bryan McPherson stands above all of them. It's amazing a kid from the streets of Dorchester, who has overcome his own personal demons, can bring an album soaked with current issues of our country and our world. These songs epitomize the Occupy movement, but were written before any of the demonstrations were held. Hopefully, some people will here these songs and feel encouraged that they are not alone in there displeasure with society and stand up, stand together to continue fighting for changes.

without a doubt one of the best albums of the year by lorie_d
wow. bryan mcpherson's sophomore album is truly a work of art. though his sound has become more refined, his gut-wrenching grit and passion for his music is undeniable. as with his previous album, fourteen stories, bryan's lyrics are poignant and angry yet remain full of hope. the emotion and fervor of his voice coupled with his guitar and harmonica drives you to the edge of your seat creating a sense of urgency only bryan can construct. this album does not waste a second and as "me, i am anger" states, this album doesn't "get fifteen chords to explain it," nor does it need it - instead bryan's genius ability to bring a sense of candor and simplicity to complicated issues shines through. without a doubt one of my favorite albums of the year. hats off to you bryan mcpherson for yet another amazing record!

Excited to announce my 31 day campaign for a tour worthy vehicle. Its been a long road playing shows and the time has come for more substantial touring. I need YOU. Please take a moment to check out my campaign and consider making a contribution! It would be incredibly appreciated.

Get Bryan Rolling Around America!
Thanks!

Posted by Bryan Mcpherson at 12:30 PM No comments: 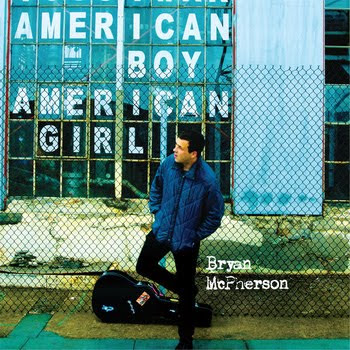 http://statelinerecords.bandcamp.com/album/american-boy-american-girl
Posted by Bryan Mcpherson at 1:31 PM No comments:

Bryan with an I.

Posted by Bryan Mcpherson at 2:27 PM No comments:

Great write up for the KerPunk festival in London!

"Bryan McPherson came onstage with only his guitar and played a brand of folk music reminiscent of the Dylan-esque intensity of the 60s with a Bruce Springsteen-like content focused on the working man and the plight of today's America. Full of passion and heart, it was obvious this wasn't just music to him, but a very personal journey through his own demons."
http://www.huffingtonpost.com/melissa-webster/kerplunk-festival_b_1211064.html
Posted by Bryan Mcpherson at 1:16 PM 2 comments:

The last Boston show was a wicked good time! It started outside the club and ended off the stage on the floor. Not for nothing, but these cats out front came all the way from Philly and couldn't come in to the club due to institutional ageism. Someone also flew in from Georgia for this! So, I got all of the youtubes together that I could find and put them in one spot so we can show the rest of the world how its done. Much love for my hometown.

Angel in The Snow

Poor Boy (On the dance floor)

Poor Boy (On the dance floor from the Matty V Cam)

Posted by Bryan Mcpherson at 10:45 AM No comments: